Synik is a 29 year old hip-hop and spoken word artist from Zimbabwe. The lyrically dexterous MC is one of the most exciting young artists in Zimbabwe right now. Thriving on versatility, Synik switches easily from cleverly crafted soulful hip-hop joints to hard-hitting lyrical rap and spoken word pieces. His first release was a demo EP (The Beta Version 2008) which highlighted Synik’s storytelling skills and lyrical prowess, earning Synik respect in Zimbabwe’s hip-hop community.

He later released the God Within/Find A Way (2010) single that also revealed his growth as an artist (http://www.4shared.com/file/MNFHa9wh/God_Within__Single_.html). He has featured on numerous projects including the African
hip-hop Mix-tape 2 (2008) as well as collaborations with various Zimbabwean and African acts (Nigeria, South Africa, Zambia, Kenya). 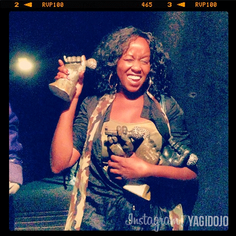 2012 saw Synik releasing the ground-breaking Zimbabwean hip-hop album Syn City which has been called one of the more accomplished hip hop projects to come out of theZimbabwe in recent years (http://www.okayafrica.com/2012/09/06/synik-syn-city-video/) and a massive game changer (http://www.25tolyf.com/2012/08/synik-syn-city-album-review.html). The album received a positive review from The Guardian UK (http://www.guardian.co.uk/world/2012/oct/17/zimbabwe-harare-hiphop-synik) and it won Synik 3 awards at the 2012 Zimbabwe Hip-hop awards including best album.

His performing career developed when he got into Harare’s spoken word and hip-hop scene around 2006. He would soon become one of the most regular hip-hop and spoken word performers at events such as Mashoko, The Circle, and the Acoustic Nights.

Synik has performed at the Harare International Festival of the Arts being part of the Opening show, the Hivos Poetry Café as well as part of a hip-hop show that included the Senegalese hip-hop star, Awadi. (2012), Synik has performed at both the Shoko festivals (2011, 2012) having been part of an international Poetry Slam as well as staging a live performance accompanied by a full band. Synik has performed regionally at Arts Alive Festival (Speak The Mind Session) and he showcased his work as part of the Zimbabwe Forum @ the African Grantmakers Network Assembly, both in Johannesburg South Africa (2012).

Whether performing with a full band complement or solo,accompanying rap and spoken word with guitar, Synik is a performer to watch.
Powered by